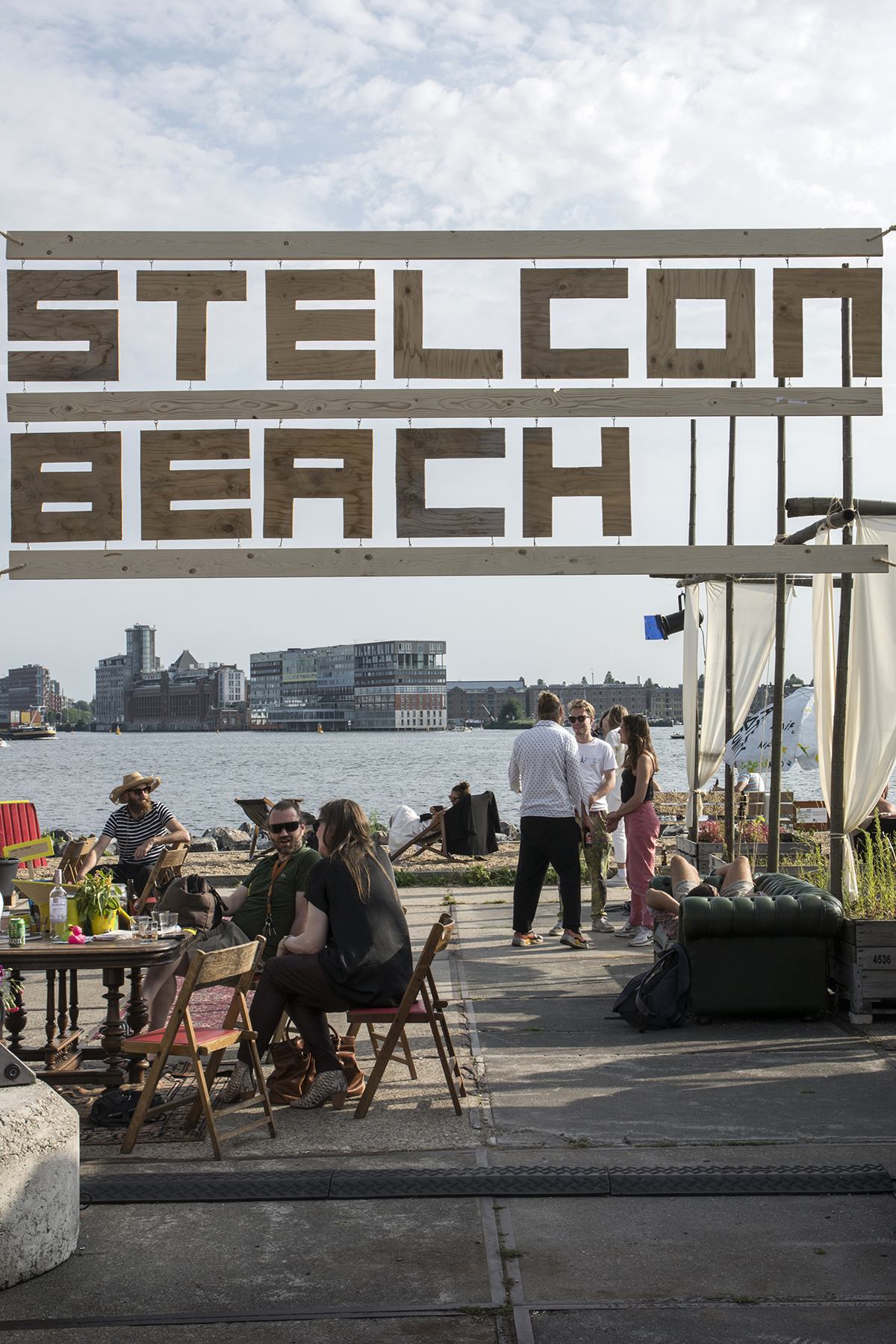 In the months of August and September, the dat.kantoor art collective created a temporary city beach on the NDSM wharf on the IJ. It was an experiment in which the artists were asked to investigate what a city beach could look like in 2021. In response to that question, they came up with Stelcon Beach: a place where art, culture, and society came together in the public space, where accessibility and collaboration proved to be cornerstones to its success.

During NDSM Open, Stelcon Beach showcases the projects and artists represented over the past two months: an enormous diversity of art forms and realized collaborations between visual artists, musicians, performers, educators, and people from the neighborhood and beyond the grounds of the NDSM wharf.

In the Stelcon Gallery: every week a different artist exhibited their art. The open stage: a platform for live music, poetry, and performance art. An AR (augmented reality) sculpture garden, where artists placed their 3D animated sculptures. Various social projects such as the gardens that have been adopted and cared for by residents of the NDSM area and wider Amsterdam, and various collaborations with interest groups and charities.