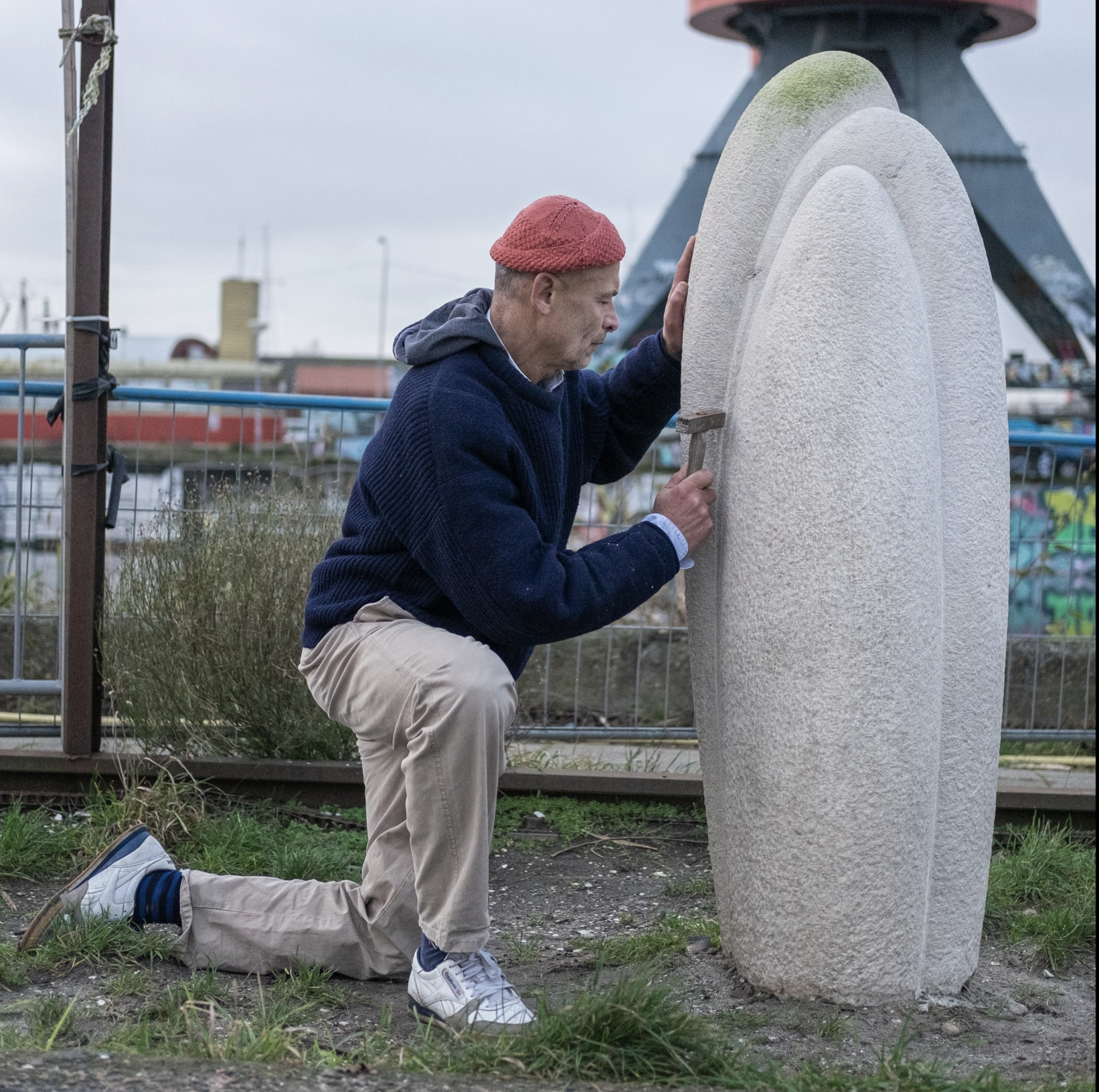 Nirman Cain was born on the Caribbean island of Tobago in 1959. At the age of six, he moved with his family to England. After graduating from Falmouth School of Art in 1981, Nirman taught sculpture and drawing to both children and adults at the Salisbury Art Centre. In 1983 he left Salisbury and settled in India between 1987 to 2002. Since 2003 he works and teaches in the NSDM Wharf in his studio in Amsterdam.

Nirman works only with hand tools, outside, and in all weather conditions throughout the seasons besides the water and a vast expanse of open sky. He describes being in the open as an endlessly stimulating starting point for all of his sculptures, drawings and paintings.

"The restful stones are self-contained. On the level of plants, they are seeds. They seem to harbour a second form, another sculpture with, quietly waiting for the day when they will open up and give birth." (T. Butzlaff)

Location: outside between cafe Noorderlicht and the Y-Helling